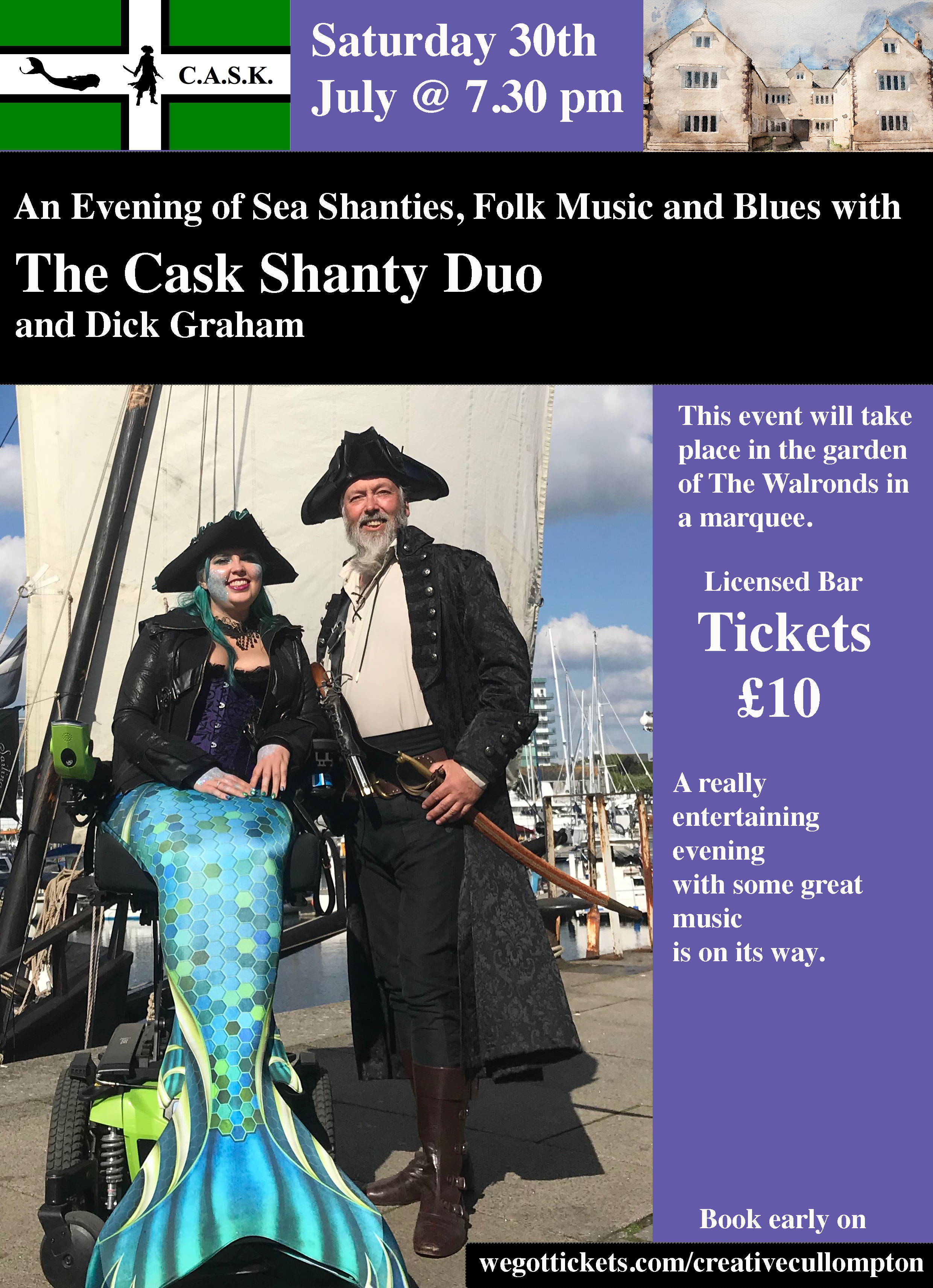 Musical acts with a hint of Acoustic Blues, Folk and Sea Shanties and other traditional forms.

The Cask Shanty Duo will be performing along with Dick Graham.

Tickets are £10 each and will be available from wegottickets.com/event/542787 now

The event will take place in a marquee in the garden. A licensed bar will be available. 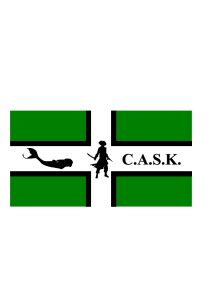 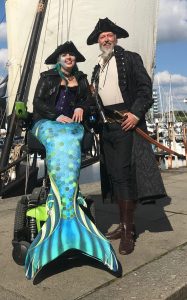 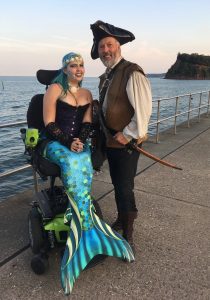 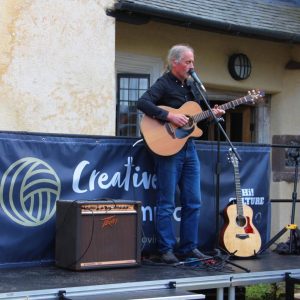 C.A.S.K. (Collings Acappella Shanty Krew) After numerous year in musical theatre and amateur dramatics Steve and Kathryn have joined together as a father and daughter shanty duo. Garbed as pirate and mermaid (taking advantage of Kathryn’s method of transport) they have become a well known and well loved addition to the shanty world, not only in the south west of England, but world wide digitally. Kathryn’s pure vocals and Steve’s strong baritone combine in exquisite and sometimes unusual harmony.

They focus not only on traditional shanties but songs of the sea (particularly in reference to mermaids), local history and the occasional tippling song.

Dick Graham is a local musician who performs a range of folk and blues music.

Tickets are £10 each and will be available from wegottickets.com/event/542787 now